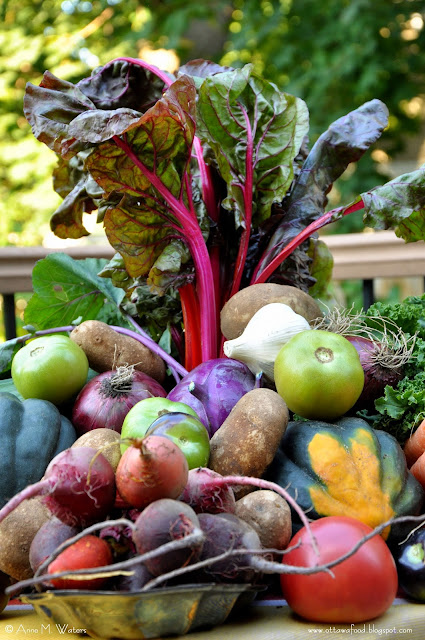 We are almost done this last Roots and Shoots Farm CSA basket as we are just days away from getting the next.  It was an exciting basket because of all the great colour. We have been enjoying some delicious dishes. I have a few pictures from my smartphone to share with you throughout the post. 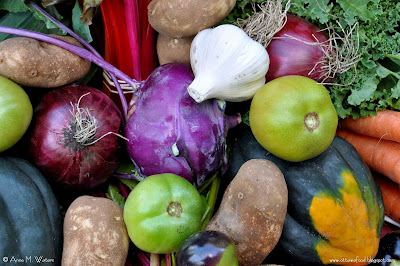 The leeks and Swiss chard went into a Martha Stewart recipe - Leek and Swiss Chard Tart.  It was a lot of work.  We enjoyed it best when it was first made.  We didn't think the leftover reheated that well.  I would consider making this again but playing with the ingredients a bit.  The mister suggested adding bacon.  Let's not be surprised. I appreciated making a pâte brisée again.  It is not my regular crust. 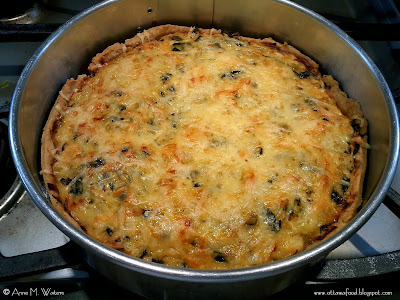 Danny was emphatic that the green tomatoes would stay green.  I am glad they defied him.  All 6 of them turned red over the week before we ate them.  I turned them into a tomato salad with a few of their yellow cherry tomatoes that I picked up at the market.  They were tossed with some chives and a dressing of Kricklewood Farm's sunflower oil, Temecula Olive Oil Company's California Balsamico Bianco vinegar, salt and pepper. 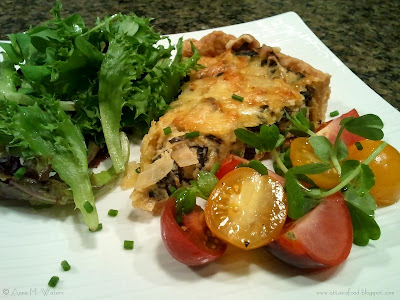 The two ripe tomatoes were used in an heirloom tomato salad along with other heirlooms I bought at the market.  We make this recipe each September and I blogged about it here. 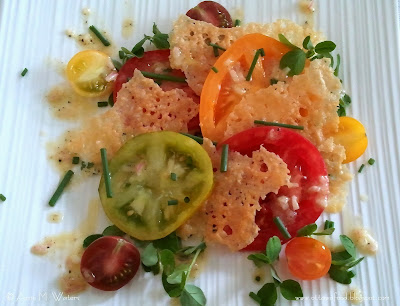 The entire head of garlic went into our favourite Garlic Shrimp Pasta dish. 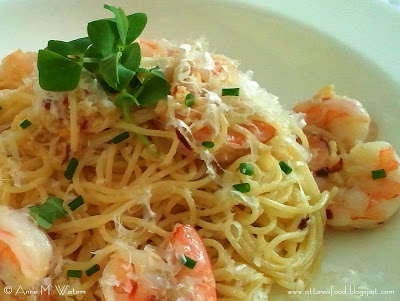 The russet potatoes were used in a mashed topping for the Shepherd's Pie. It sure isn't a pretty thing to photograph when it hits the plate! 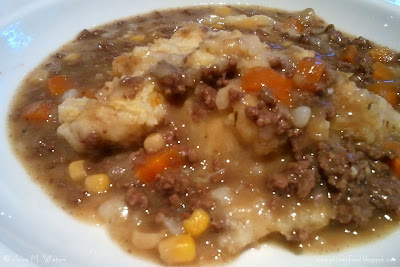 The beets were roasted and used in a salad with goat cheese, Spicy Maple Pecans and mixed greens.  By now you know we love that salad and make it a lot. 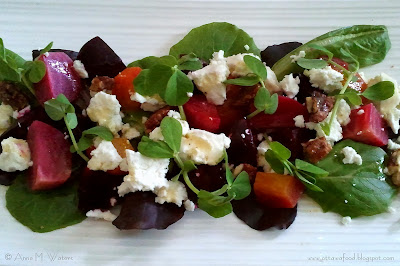 The kohlrabi was made into a matchstick slaw along with an Empire apple, celery and CSA carrots.  The dressing I used was adapted from Bobby Flay's Creamy Coleslaw dressing. 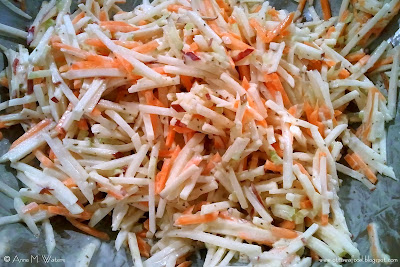 The carrots we used for lunches with other raw veggies for munching, in the Shepherd's Pie and in the kohlrabi slaw. 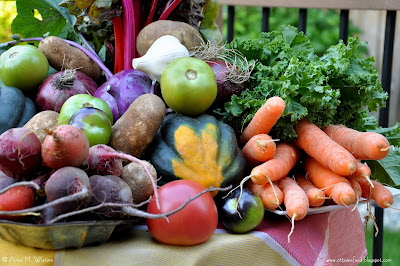 Still outstanding are: the kale, the two acorn squash and the 2 red onions.  The squash and onions can keep for quite a bit. The kale will become a salad or I will put it in the freezer for a future dish.  Frozen it will still be fine in a soup or quiche.

I think overall this basket can be declared a success.  We had a number of dining out experiences mixed in with the home cooking that has made managing the fridge a bit tricky.  We are striving to use all of our basket and to use it well. 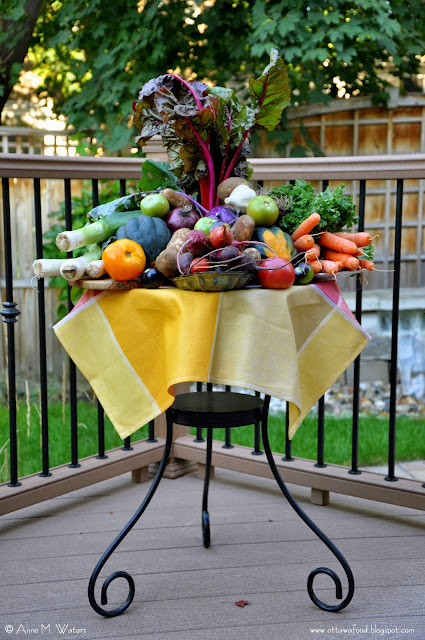 Posted by One of Ottawa's Real Foodies at 11:35 PM