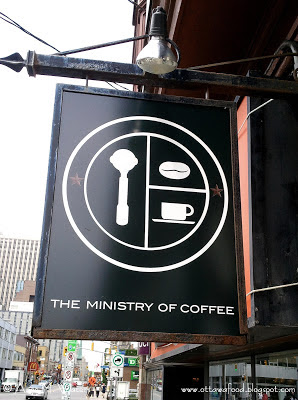 "Quality driven. Expertly crafted." I have another coffee shop to add to my list of top shops in Ottawa.

The Ministry of Coffee opened June 8 at 279 Elgin Street, just south of Somerset and across the street from Boko Bakery. They are in the spot once occupied by Hava Java, who held court here since 1992.

One of the co-owners, Fadi Karam, was part of the start-up team that brought Illume Espresso Bar to Wellington Street near Island Park last December. Those early visits and conversations gave me a sense that Fadi has coffee passion as well as a depth of coffee knowledge.  I credit him and opening day barista, Amy, for giving me a big wow first impression. Although his time with the Illume team was short, I was pretty pleased to hear he surfaced again with another opportunity to bring good coffee to java fans in Ottawa.

For this recent venture, Fadi has teamed with Alex Dhavernas. It was Alex who was in the store today to show off his talents. 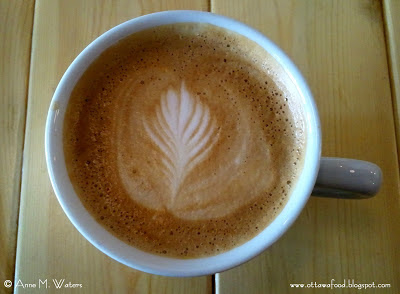 Their bean for the espresso drinks is from Social Coffee & Tea Company in Richmond Hill. Alex admitted it is a bit tricky to pull the shot with this bean when making a milked drink. I thought his clever moves paid off and I appreciated that he knew that it needed the extra finesse. Alex suggested that they may be bringing in the 49th Parallel bean.  In this, I would rejoice.

The place is small and can barely seat a dozen-plus customers at four light-wooded tables for 2, a large dark-wooded bar table and the front window bar. Yes, they do have Wi-Fi!

Street parking is metered in that stretch of town. We parked south of McLeod to avoid the up-charge and enjoyed a stroll for the six or seven blocks. 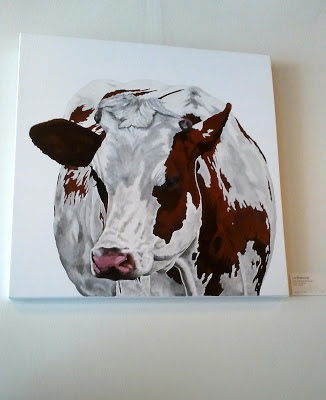 The walls are filled in with art by Dr. Catherine Dhavernas, Alex's sister and interestingly, the Head of the Department of French Studies at Queen's University. 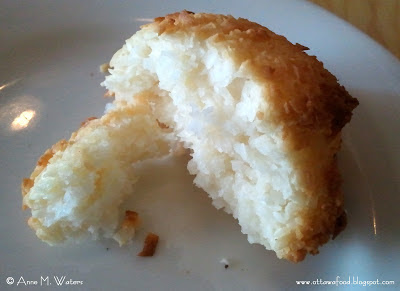 In-house baked goods are prepared by Alex's wife, included the large coconut macaroon I partnered with my capp. I was half way through it before I even considered that you might like to know about it too.  For $2 is it a hefty treat but thankfully not as sweet as most macaroons.  It reminded me of another one I often seek out over in Aylmer at Boulangerie Aux Deux Frères. Alex's wife is also making a selection of cupcakes.

Their foray into Suzy Q Doughnuts this weekend was well received with fast sellouts. Gluten-free treats are sourced from Auntie Loo's Treats. It's not my thing, but you can even have a bowl of Mocha Cheerios.

Pre-made paninis are on the ready in a variety of breads and toppings. Alex says they have also been selling out with the lunch crowd.

They carry a selection of teas from Maison de thé CHA YI, including my favourite Rooibos Safari.

Plans are in the works to carry Hummingbird Chocolate, a local artisan bean-to-bar chocolate. We have a lot of practice with their products. My favourite is the Bolivian. 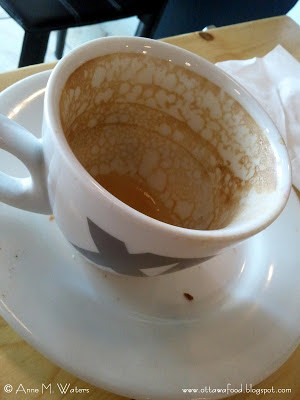 Did I mention The Ministry of Coffee is on my list of top Ottawa coffee shops? Easy decision.

Posted by One of Ottawa's Real Foodies at 12:30 AM