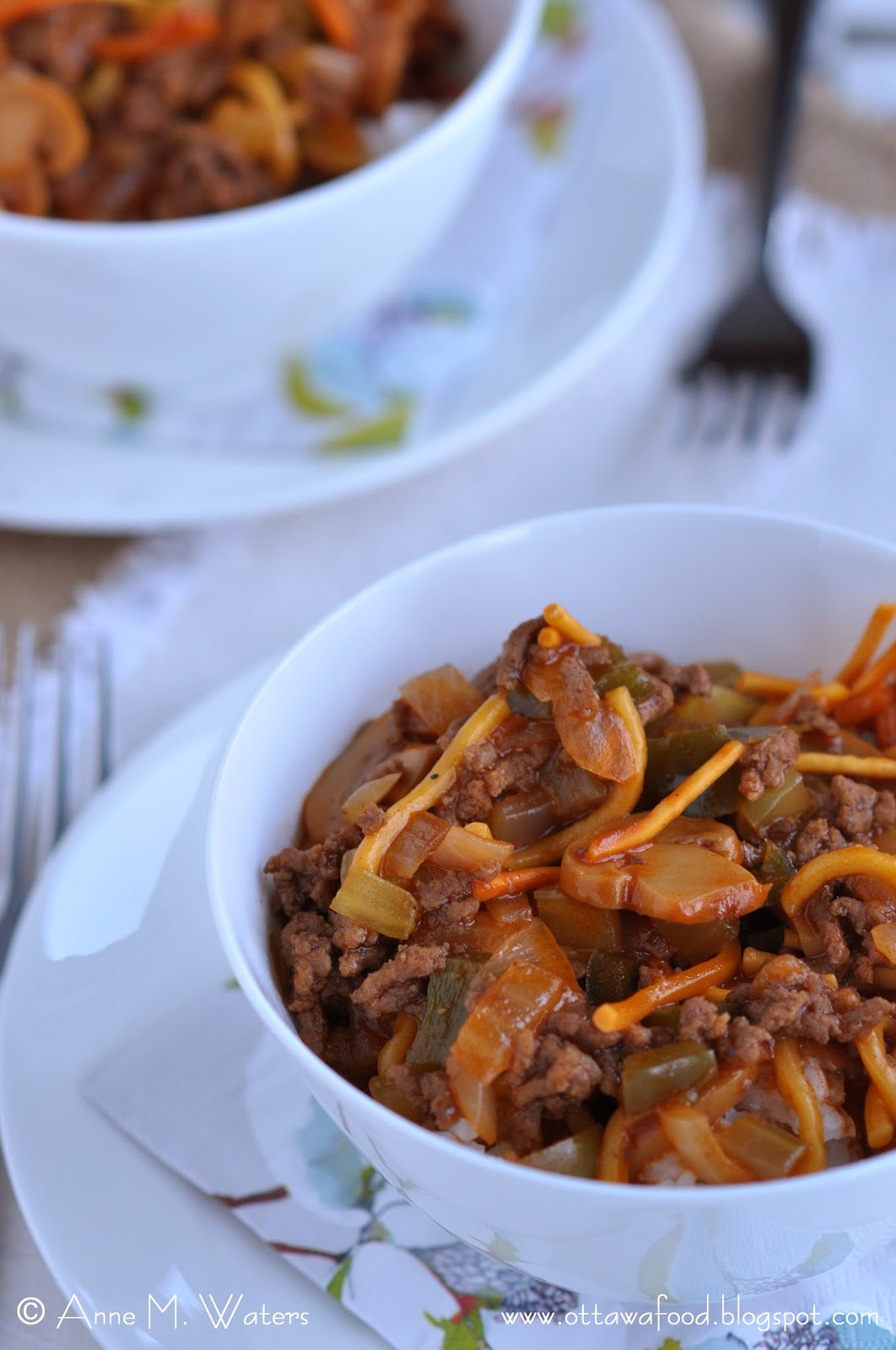 What makes our time here on earth have real meaning?  Whose lens do we look through when we take stock of a life well lived?  The lens of the public? Or the view from the family?  Too often we praise greatness for worldly accomplishments when one's home life was a crumbling inferno.  Perhaps that is greatness over acknowledged.  I for one, side with the view from the family.

March 2013 the world was a flutter about the New York Times obituary for Yvonne Brill.  Leading commentary referred to the fact that "she made a mean beef stroganoff" and was "the best mom in the world".  Both testaments appear to be attributed to her son, Matthew.

To the rest of the world though, Yvonne Brill was a brilliant rocket scientist and so says that NYT obit "in the early 1970s invented a propulsion system to help keep communications satellites from slipping out of their orbits."

Losing your mother is one of the most earth shattering moments in your life.  Many of us outlive our parents and must endure this pain.  This most certainly was real for Matthew Brill too.  Perhaps his mother's rocket knowledge was not foremost in his mind as he tried to soothe his broken heart.

My own mother has been gone now for more than a decade and I know in the darkest moments it was not my mother's 'accomplishments' that gave me comfort when I was pushed from my slumber with constricting grief.  For me, my days were made bearable by the tribute to her strong character, her unwavering ethnics, her sense of community, her sense of fairness, her tender caring, her highest priority to family near and far, and her genuine love for all.  For me, she was "the best mom in the world".

This past week one of my most special friends from school days lost her mother very suddenly at the age of 83.  She too lost "the best mom in the world".

Mrs. W had similar qualities to my own mother - though still quite a unique lady - which made spending time in their home such a pleasure.  I have a number of memories about her involving food. No surprise I guess.  Mrs W was active in the Scouting movement.  When I was still in high school I had the privilege to attend a Cub Camp weekend as the troop's Cook! 'Come and get it!' They ate well.

At one of the annual Scouting banquets (always catered potluck style) Mrs. W brought her Cottage Casserole.  It has a bit of an Asian flair. She had lived in Toronto before joining our farming community. This was pretty cosmopolitan cuisine for our meat and potatoes crowd and my father in particular was delighted at the new taste.  It was made many times over the years and has been adopted into the kitchens of my brothers and their children too.  Last week there was much talk of this casserole as we remembered a great lady in character but also in the kitchen.

Matthew Brill was lucky to have a very accomplished mother, who gave much to her field of science and to her country.  But, maybe more importantly, he can say "she was the best mom in the world", not to mention "she made a mean beef stroganoff"!

For Matthew, my dear friend, and me, to say we had "the best moms in the world" carries the day.  Good food was a bonus too. Rockets and the like, icing on the cake.

Although I never had Mrs. W's beef stroganoff, she sure made a mean Cottage Casserole. 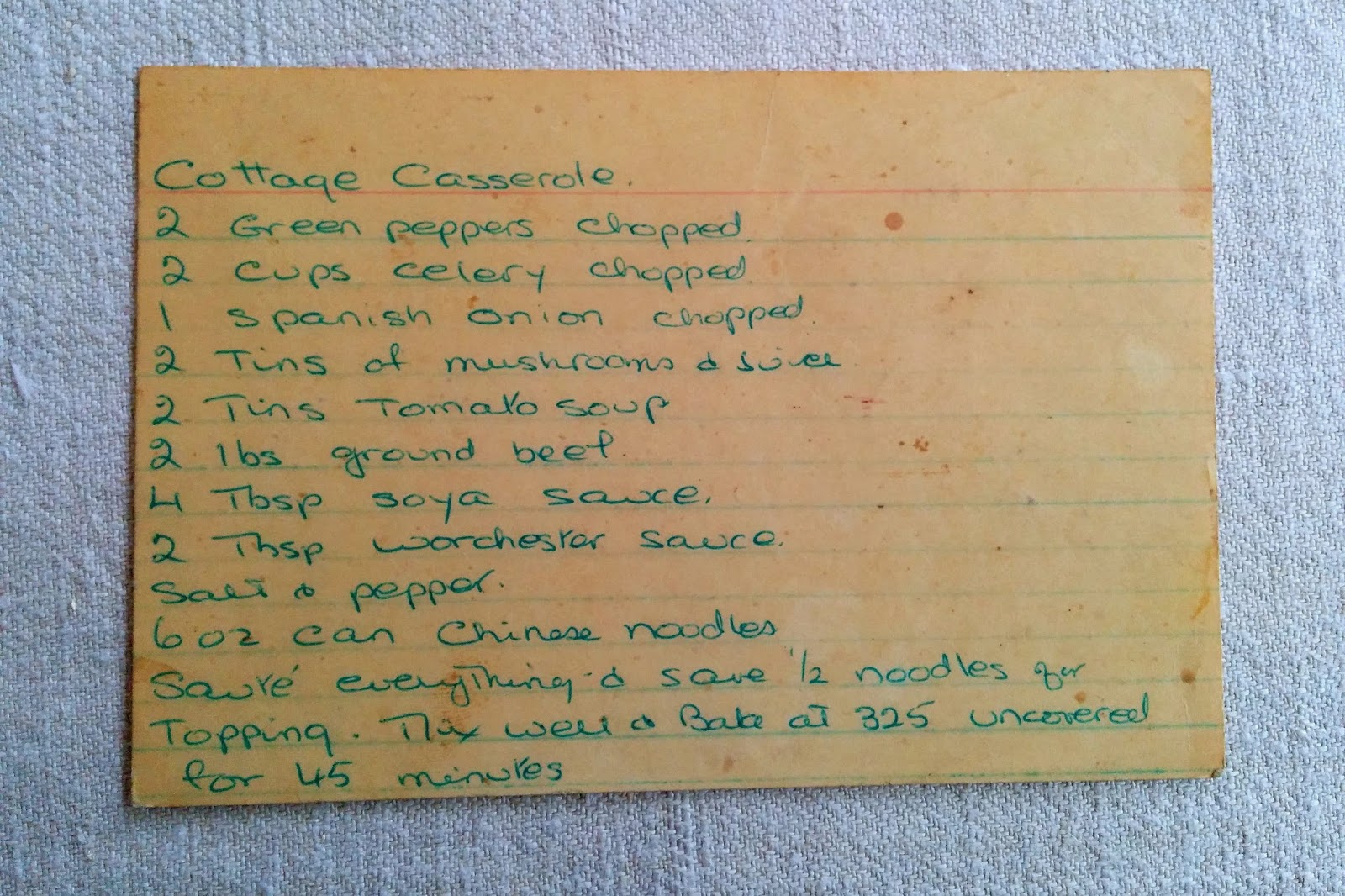 Sauté everything together. Save 1/2 noodles for topping. Mix well and bake at 325ºF uncovered for 40 to 45 minutes.

* Real mushrooms were not so readily available at the grocery store back in the 70's.  I have moved on to the real deal in my kitchen now.  Although I made the recipe as instructed for this post,  consider replacing the canned mushrooms with 2 cups of sliced sautéed button mushrooms and 8 to 10 oz of unsalted beef, vegetable or mushroom broth.

** you might not be much into canned tomato soup but I offer no substitute.  It just wouldn't be a recipe from the 70's without it!!
Posted by One of Ottawa's Real Foodies at 11:56 AM 6 comments: