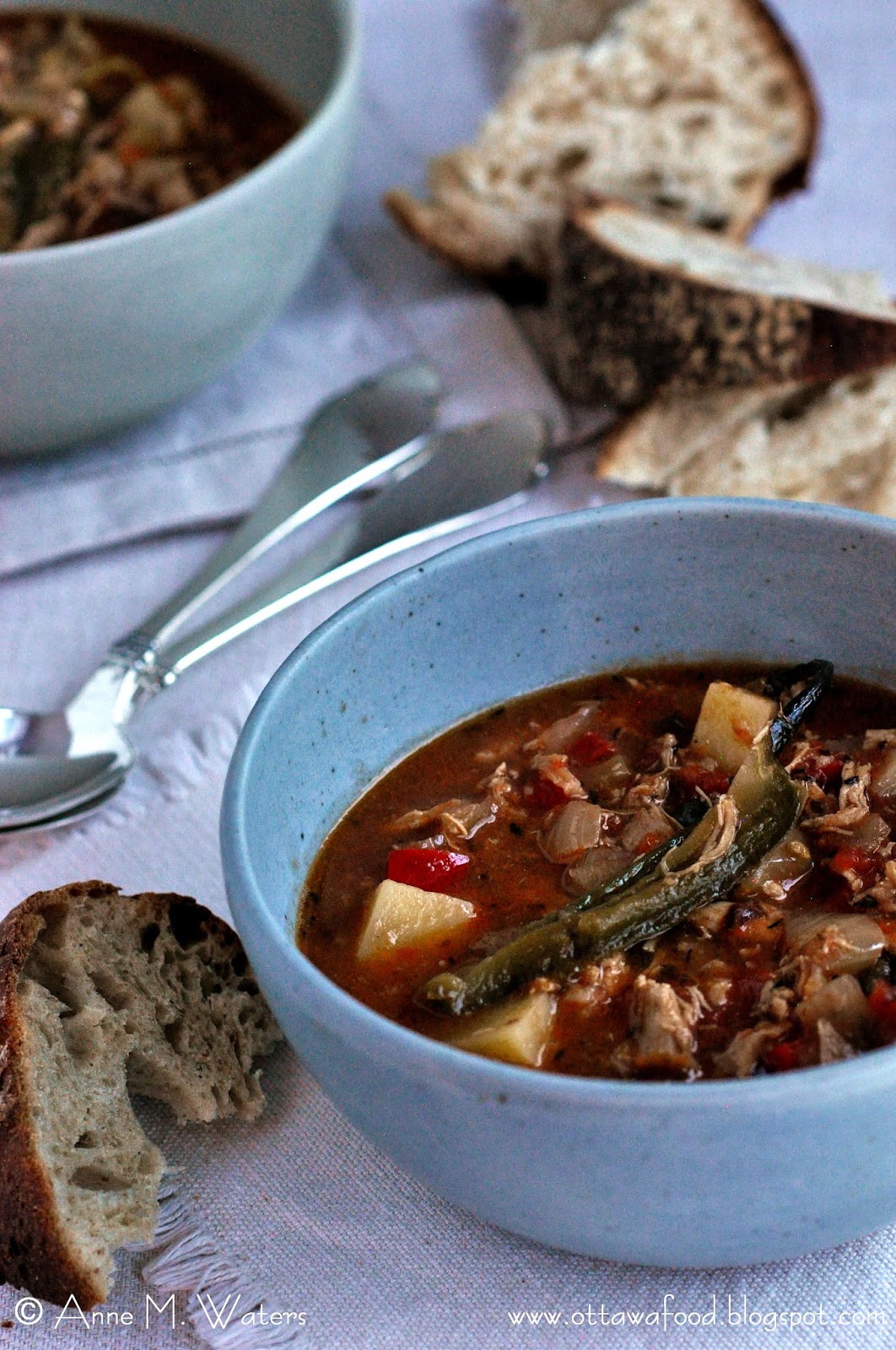 Hello food friends!  I hope the chilly days of January have been good to you.  The commitments we have made to be better to ourselves and to others are still full of hope and promise.

One of our hopes for 2015 is to take the time to enjoy the hard work and creations of the many, many wonderful recipe developers who sweat over ingredients and flavour combinations. Then scripting them with clear and hopefully, easy to follow methods. We want to try new dishes, explore new genres and learn new techniques.

Our repertoire of Mexican dishes has true favourites and we turn to them time and time again, just 'because'. But it's time to make room for new friends.

When I saw the Guisado de Pollo recipe from Saveur, the long list of ingredients was enticing, not intimidating.  The best part was that most of the ingredients were actually in the house.

I followed the recipe to the letter. Well, almost.  There was a bit extra tomato as I had more than the required 15 ounces.  I also added the juice from my canned pineapple.  But other than that, I stuck to the script.

What did I learn? This doubting Thomas did not think the suggestion for preparing the chicken could give me tender shreds.  But who am I to question the wisdom of the Saveur engine.  It is a personal flaw I am trying to push pass. Unfortunately I have those feelings more than I would like.

The mister says this recipe is even better the next day and that he would love to have it again. Who doesn't love a 'keeper'.

The recipe for Saveur's Guisado de Pollo can be found on their website.  Here is the ingredient list to get you all juiced up.

* The beautiful artisan Country Sourdough bread in the photo comes from Bread By Us, 1065 Wellington Street West in Ottawa.

By Beth Kracklauer and Saveur magazine