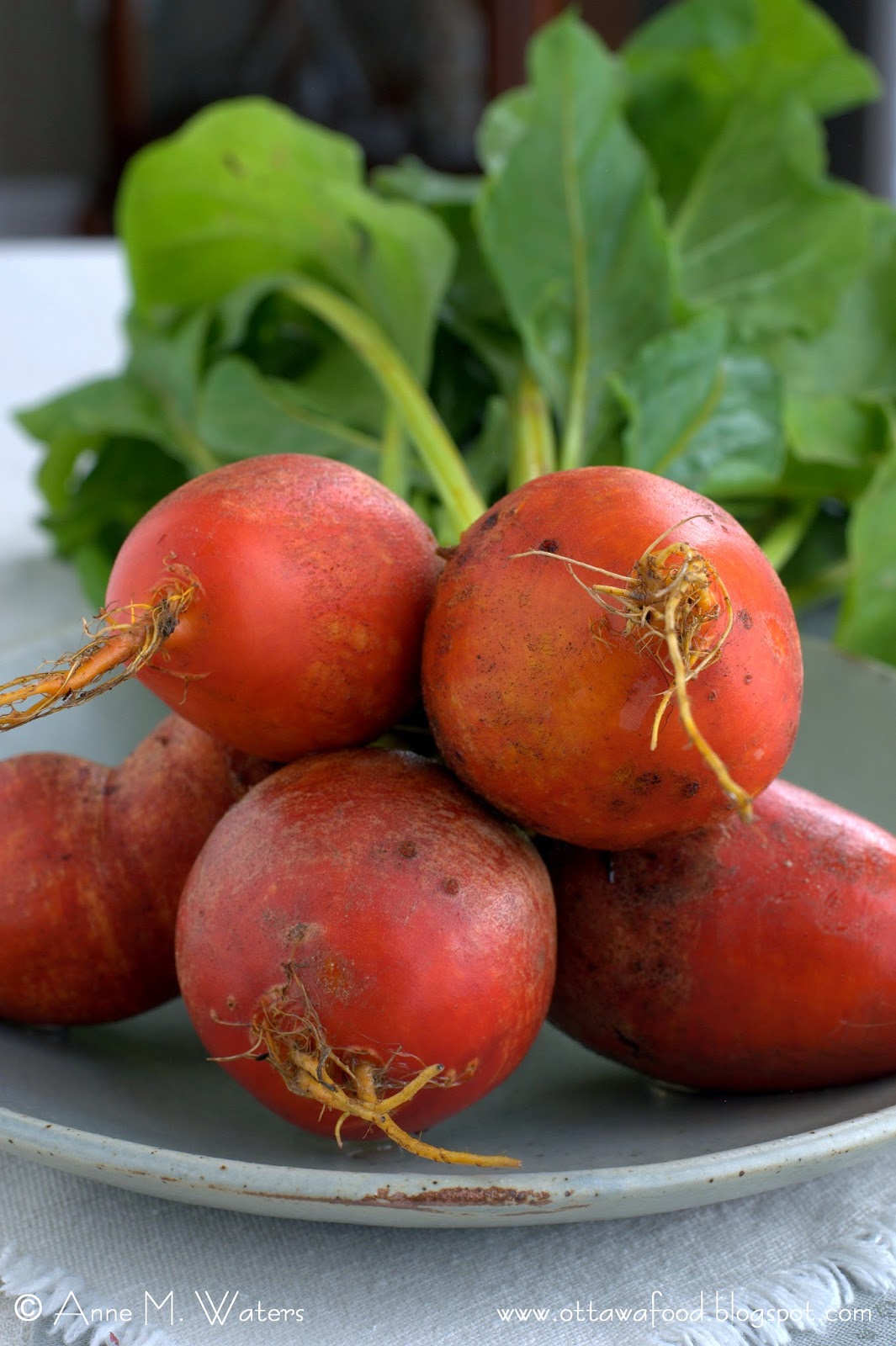 When I picked up my Week 9 CSA basket from Roots and Shoots Farm I did not expect that my golden beets would turn into pickles.

We have had golden beets before this season.  For this half share member, repeats hardly ever happen because of careful planning by owner, Robin Turner.  He makes a point of managing the variety from basket to basket.

I was delighted for the second go-around (and said as much to Robin) because I love roasted beets - particularly in a salad. And they might as well be golden because they sure look good on the plate.

Because they cellar so well, beets are one of the last items used up in our share. First to hit the kitchen counter here is the more delicate produce.

For almost two weeks I had it in my head that I would eventually roast my beets. It didn't happen. Maybe because of the big heat this past week. Instead, the beets were pickled.

Although my bunch only gave me two 500 ml jars of pickled beets, I found my Rødbeder groove.

Rødbeder is a Danish recipe for pickled beets.  It's practically a national dish.  My mother used to make rødbeder all the time. Sometimes just a few jars and sometimes it was a preserving bonanza.

I happily channeled my mother to make these gorgeous beets. 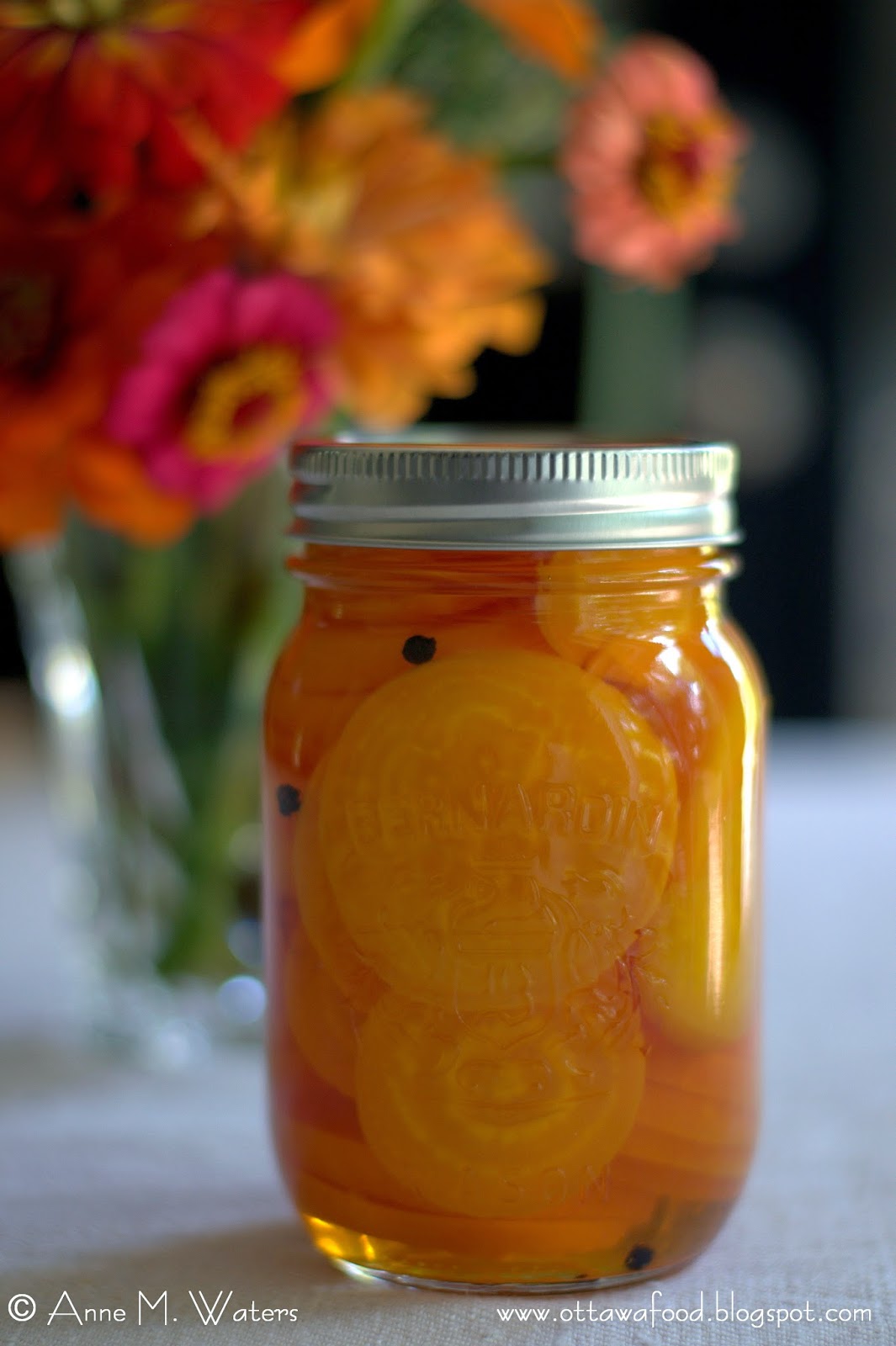 The entire basket was beautiful. Check it out for yourself. I have also included pictures of some of the dishes we made with our produce.  You can see why it's been a challenge to eat out this summer.  The fridge is constantly full.


THE PARADE OF FOOD DISHES


Posted by One of Ottawa's Real Foodies at 7:08 PM